Partnership with Innis & Gunn will offer attendees their first ever opportunity to enjoy an award-winning Scottish beer alongside the Show, as we make our highly anticipated return this August

Today we're delighted to announce our headline sponsorship with Innis & Gunn, which will enable audiences to enjoy a beer on the Edinburgh Castle Esplanade in 2022 for the first time ever.

The new partnership means that our audiences will be treated to an experience like never before, with guests able to sit back and enjoy world class performances from military and cultural acts along with world class beer from the Edinburgh-based brewer.

As presenting partner, Innis & Gunn will provide a bar service for every performance, including the opportunity for ticketholders to efficiently pre-order before the event and collect on arrival.

In addition to the recommended pre-order and collect service, Innis & Gunn’s bars will also be available across the venue before the Show starts to ensure no attendees go thirsty.

Buster Howes, Chief Executive of The Royal Edinburgh Military Tattoo, said: “The Tattoo and Innis & Gunn are both Edinburgh-based, proudly Scottish and loved around the world.

Those are several reasons of many, why this partnership is such a happy fit.  Quality, authenticity, innovation, originality, and creativity are shared qualities.

"What better way to enjoy a world-class Spectacular, than with a cold beer in hand for the first-time in the Show’s history, in the majestic Castle Esplanade setting.”

Dougal Sharp, Founder and Master Brewer of Innis & Gunn, added: “We are all incredibly proud to be partnering with The Royal Edinburgh Military Tattoo, giving people the chance to revel in everything that is great about Edinburgh in August; iconic beers and an iconic show at Scotland’s most iconic setting, Edinburgh Castle

“Our shared global audience and clearly aligned values make this a natural partnership and we are excited to be able to bring a new dimension to the show this year, offering our award-winning beers to the thousands of attendees each night, a first at the Castle.

“Developing an outstanding consumer offer to complement an outstanding Show is an exciting prospect for Innis & Gunn and by entering into this long-term partnership, between us we are setting that clear ambition. This fits perfectly with Innis & Gunn’s strategy of partnering with large-scale consumer events that we can support and evolve over the long term.”

We will make our return this 5-27 August, with our Voices Show which celebrates expression and the power of connection through spoken word, song, music, and dance, which are languages common to all.

Over 800 performers from across the globe will take part in in this year’s Tattoo, bringing with them incredible music, dance, and performance talents. There will be cultural showcases and musical presentations by performers from Mexico, The United States, Switzerland, Germany, Canada, Australia, and New Zealand along with homegrown talent from the UK. Military acts will continue to play a central role in the performance, with the Army confirmed as the lead service this year.

Founded in Edinburgh in 2003 with the creation of its unique single malt whisky cask matured beer, ‘The Original’, Innis & Gunn has grown to become one of the biggest independent brewers in the UK and exports to over 20 countries across the world.

Tickets are on sale for this year’s Tattoo performance and can be purchased here or on the phone on 0131 225 1188.

More detail on the Innis & Gunn pre-order service will be announced in the coming months. 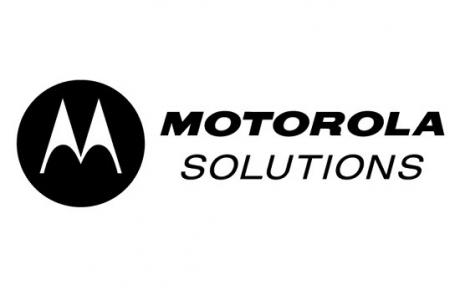