Following a week of classified activity, we're excited to announce that The Top Secret Drum Corps are set to return to the Castle Esplanade this summer!

Swiss drumming sensation, The Top Secret Drum Corps, has been revealed as the first confirmed international act to take to the Castle Esplanade when we make our highly anticipated return this summer.

The iconic drummers will wow fans with their dynamic precision drumming showcase, which has received global recognition since first performing in our Show back in 2003.

Today’s announcement follows a week of ‘Top Secret’ activity which drove intrigue in Edinburgh and right across the country. A ‘secret agent’ guard took to the streets of the capital with a VIP suitcase containing the highly classified first act details. Passers-by had the opportunity to crack the code and win tickets by scanning an exclusive QR code which unveiled the Act in morse code. The code was also played on radio across the country and listeners had their chance to guess what it meant. 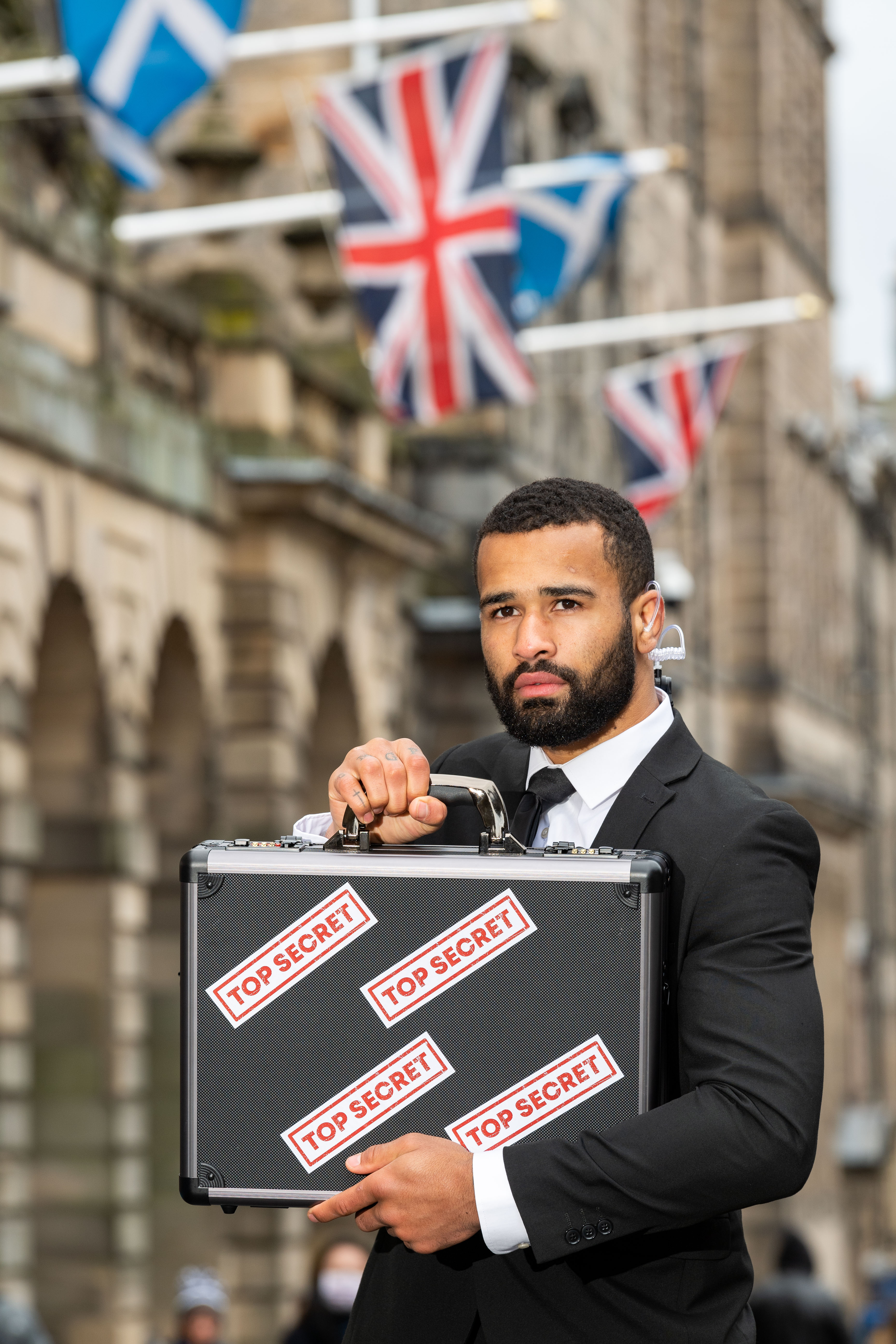 The Top Secret Drum Corps was founded in 1991 by seven young drummers who wanted to preserve Basel’s rich drumming heritage and began mixing the traditional style of drumming with other drum types and striking visual effects.

This year’s Tattoo theme is ‘Voices’ and the Show will represent the collective power and connection of voice through a spectacular combination of music, dance and military precision from some of the world’s leading armed forces and cultural performers as we return with a bang this August 5-27.

The Royal Edinburgh Military Tattoo Creative Director, Michael Braithwaite, said: “We can’t wait to make our triumphant return this year and I’m thrilled that The Top Secret Drum Corps will be front and centre when we do so.

“They are one of the most dazzling drumming acts in the world and their sensational performance will light up what’s sure to be another incredible spectacular throughout August. Whether you’re excited to return to the esplanade or keen to experience the Tattoo for the first time, I’d urge people across the country to get their tickets and get set to be wowed by the show.

“It was great to see the buzz on the streets of Edinburgh today as we got ready for the big reveal. Excitement is undoubtedly building ahead of summer, so I’d encourage all Tattoo fans to keep their eyes and ears peeled as there is so much more to come, and we’ll be revealing all about this year’s production very soon.”

Top Secret’s drummers play in an upbeat and playful style, with sections of their routine featuring drumstick juggling, exploding flagpoles and a drummer’s duel to wow audiences.

The year’s Tattoo performance will celebrate people across the globe who, despite physical separation, continue to connect and share their voices creatively through spoken word, song, writing, music and dance – languages common to all.

Military acts will continue to play a central role in this year’s performance, with the Army confirmed as the lead service in 2022. As well as the talents of The Top Secret Drum Corps, audiences this year will also enjoy the legendary sound of the Massed Pipes and Drums that will echo around the Esplanade as part of Voices, supported by Tattoo pipers and drummers, and musicians from UK Military Regiments.  The Tattoo dancers and Tattoo fiddlers also join the line-up, with international acts and further details about Voices announced in the coming months.